Welcome to the 2nd Annual Holiday Onsale!
UPDATE: Everything sold out, thanks again all.

New Year Update: If you're waiting on your tube- shipping the last batch out this week--and I hope everyone had a great Holiday! Very excited to share some previews of what's coming up for 2013... 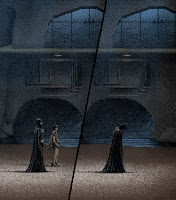 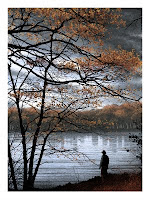 FORTRESS OF SOLITUDE for Mondo - AP
**out of stock**

If anything goes weird or you run into an issue, just shoot me an email and we'll work it out.

Thanks again everyone for all the support!-JC
Posted by JC Richard at 3:01 PM 8 comments:

Ready for the annual microcosmicmedia Holiday Flatfile Sale? Let's do it Thursday December 13 at 3PM EST. Rummaging around in the archives after the craziness of 2012... this should be fun.

ALSO: I'll be finally putting up the BATCAVE Sideshow Variant APs up at that time.
I have very few to sell so don't be late! I'll also have a couple of 2-print matching sets available as well (regular + variant).

Any questions let me know- see you then-
-JC
Posted by JC Richard at 2:53 AM 2 comments:

There's a story on a thimble, on a dimple, on a pea... and it's absolutely true until the end...


Hello friends-  No pitiful excuses for the long-delayed update, other than to say I've been using my time wisely (if that means getting lots of stuff done behind the scenes).

The biggest news thing on a personal front is a 2-person show happening sometime next year-- TONS of art print goodness in the works for that. I've also decided to finally offer a limited number of  art print subscription for 2013 as well- really looking forward to getting back to regular art print releases. I've avoided subscriptions in the past since it was too tough to predict what commercial jobs I'd be doing at any given point, and how many prints would come out within a certain timeframe, etc. However, 2013 should be much different; for example, more releases are planned for just the one show than in all of  '12! I'm excited...
Still working out the subscription details but I'll post 'em (and small previews of a few future releases) asap.

My early resolution is to update/post/tweet more-- and I mean it this time. Really.
-JC