As some of you are aware, I recently completed a promotional print for the scifi short called 'Novos'..  I'm just the artist on this one, all the presales will be handled by the Novos store site.  The prints will go up at 11am PST (2PM Eastern) on Friday, July 29th.

This series is acting as a way to raise funds for Jonathan Brebner's sci-fi short 'Novos'. Go here to learn more about the project.
Posted by JC Richard at 10:44 AM No comments:

This 'tidbit of time' shows the darkest moment for Norville Barnes, when the forces of greed and public shame begin to close in around him. All seems lost, until a noise from within the room breaks his concentration; suddenly he seems to forget the despair and pulls back from the brink, moving towards redemption and his second chance...

I consider The Hudsucker Proxy a severely underrated film, full of timeless themes such as good vs. evil, greed vs. passion and the eternal mortal struggle to make every moment count, especially when time itself seems pitted against you. ("Tidbits of Time" = the fictional newsreel title in the film).

In addition to being a great script, I've often thought it would make a fine stage production since many of the performances are deliberately exaggerated and even some of the sets look as if they were designed to resemble stage facades (seem to remember hearing about a Hudsucker college production?). There are a few additional characters joining Norville on this 'stage', with even Waring Hudsucker making an appearance.. sort of... 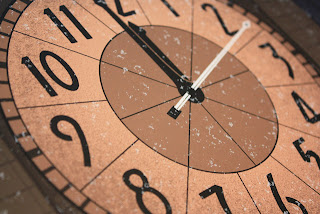 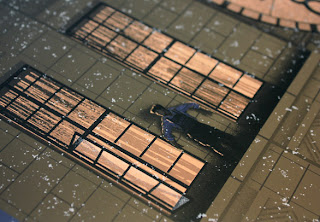 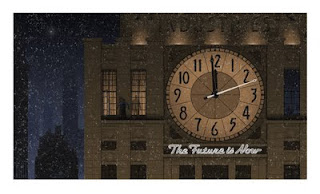 Been far too long since the last post- hope you've all been doing well and staying busy. After my extended 'working' hibernation, I've finally made my way up out of the dark lair and into the sunlight to share some news about upcoming events/prints. 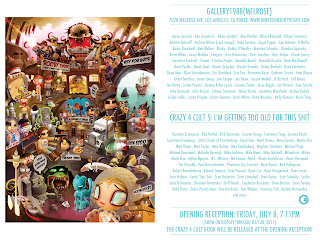 I was honored to participate in the fifth Crazy4Cult group show at Gallery1988/LA. Opening night is next Friday, July 8, so get down there if you're close by. Judging from the few pieces I've seen so far, it's going to be worth the trip. (Check out some previews here.)

For my part, I tried to pick something that--while certainly not obscure--doesn't seem to enjoy the amount of respect/admiration it deserves. Crazy4Cult gave me the opportunity to get out of the woods for a bit, to a much different setting.  Hopefully I'll have a few copies to sell after here after the show as well.

"Sinful, Windborne" will be released later this month, I'll let everyone know the exact details via the mailing list. Also plan on ramping up production a bit for the latter half of the year, so the next print should follow close on its heels.
That's all for now, until next week..
-JC
Posted by JC Richard at 4:56 PM 1 comment: